I’m a huge fan of Led Zeppelin. This English rock band was originally formed in 1968. Selling over 200 million albums world-wide and declared as the greatest rock n’roll band of all time, theirs is a story of heavy guitar driven sounds personified. What’s not to love, as a young teenager growing up in this musical era! I believe that a retro-themed painting would be best to remember their outstanding and incredibly loud concerts. 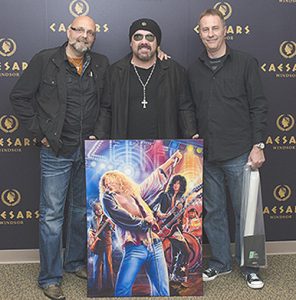