In his continuing series, renowned artist Marc “Motor Marc” Lacourciere, has been honoured with his latest Motor Kids Club painting being selected for the cover of Quick Throttle Magazine. Completed in time for release at the annual Sturgis Motorcycle Rally in South Dakota, Marc has been the artist of note each year. Last year, his painting Motor Boys Club was released at the Sturgis rally and also graced the cover of Quick Throttle.

The series began as a tribute to Motor Marc’s own childhood. He recalls the days of playing in the field behind his home and collecting old car and motorcycle parts for the treehouse he built with his friends. The series began with Early Rise which was featured at the Sturgis Rally in 2017, followed by Motor Boys Club in 2018 and this year, Motor Girls Club in 2019.

It is not the first time Motor Marc had been featured in Quick Throttle magazine and almost certainly won’t be the last. 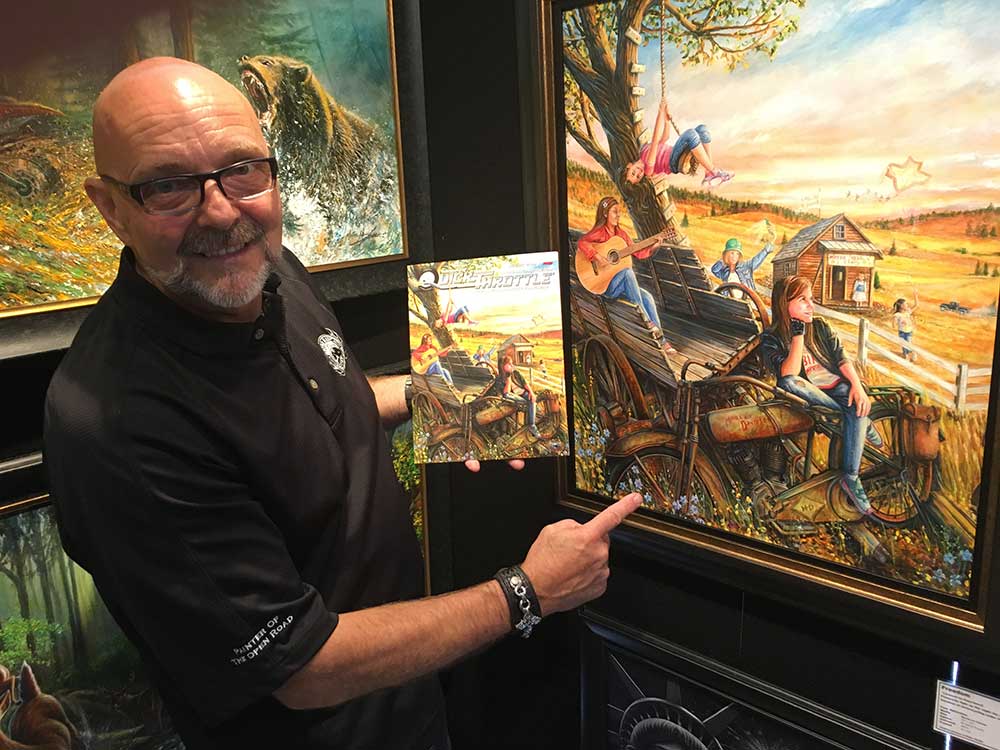 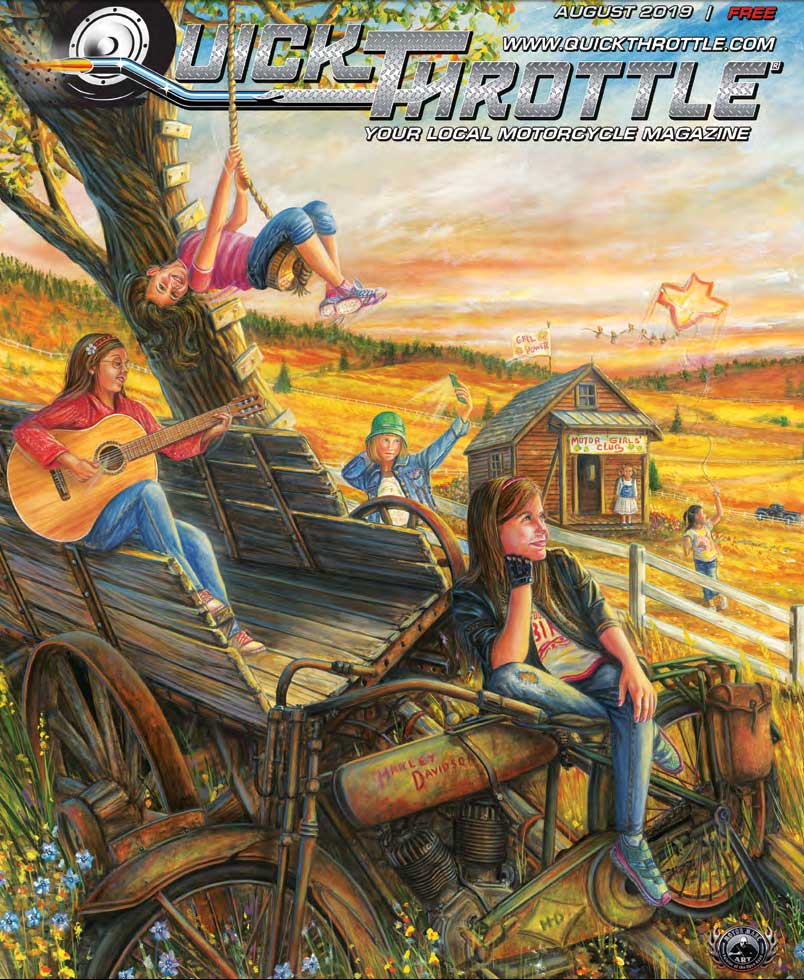